**UPDATE: Boots WILL NOT be at the Community Control Panel tonight, because of transportation issues.

Because we are unable to reschedule, the Community Control Panel at Miracles from 5 - 7 pm tonight will still be happening, just unfortunately without Boots.

But we will still be talking about incredibly important conversations like building community controlled institutions in Portland and putting our radical politics into practice in communities of color.

The Coup are still playing their show later that night. 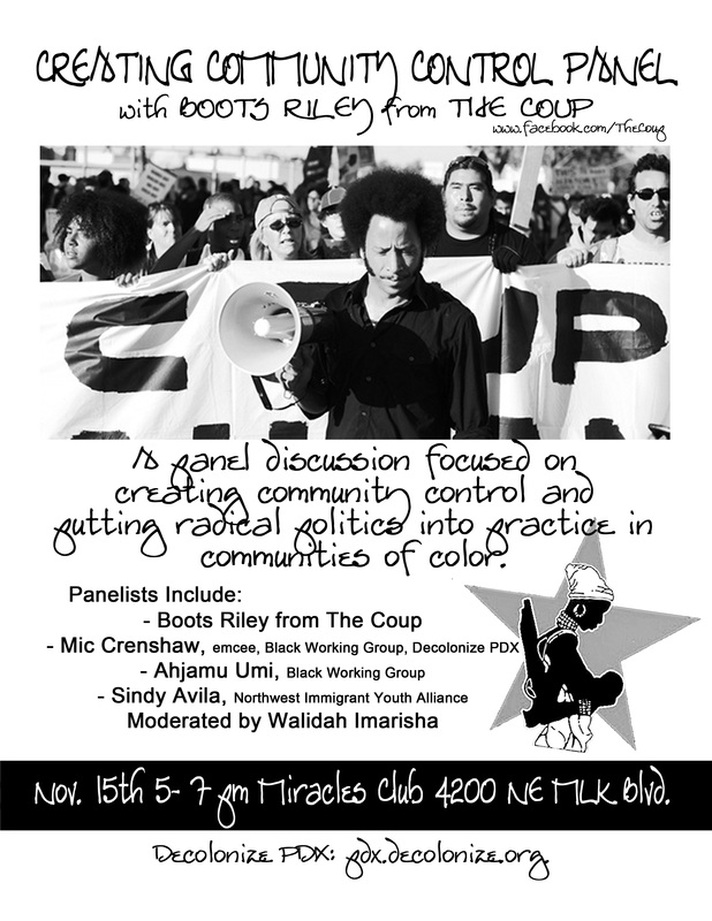 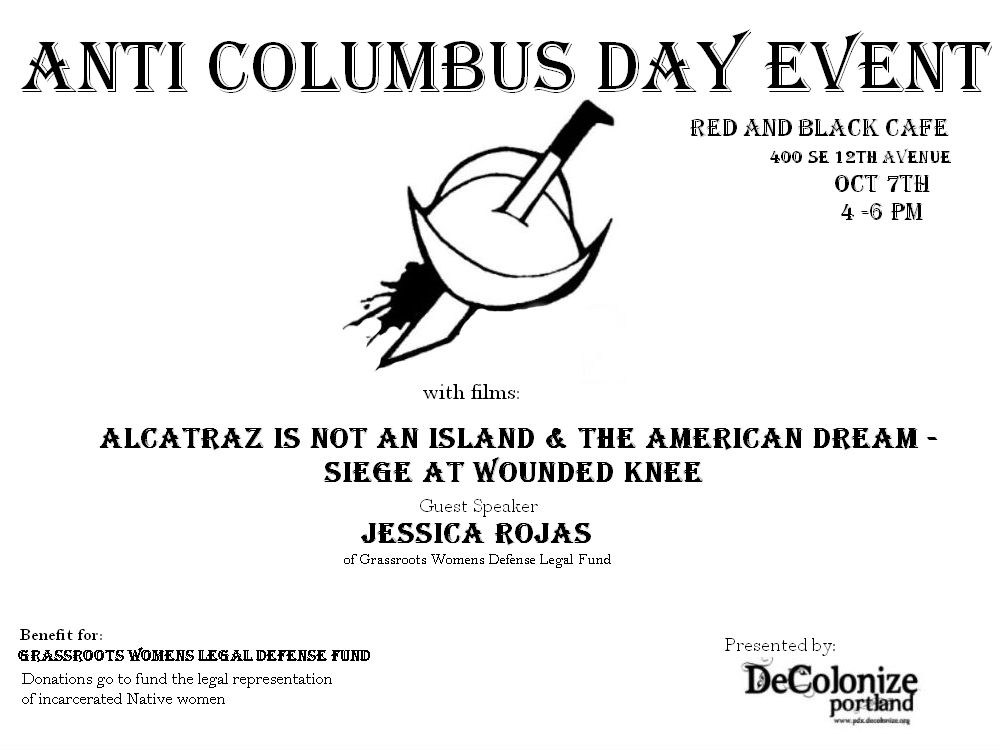 The Grassroots Women's Legal Defense Fund is student led and created in effort to assist women incarcerated, who stand a good chance of being resentenced, with financial support in order to secure proper legal representation. This year we are currently working with Red Lode Transition Services, in Portland Oregon as a fiscal sponsor and as an organization that works with Native American Women incarcerated at Coffee Creek Correctional Facility in Wilsonville, Oregon. Red Lodge assists clients while incarcerated and most importantly as they transition. This year's recipient of the fund is a client of Red Lodge but in the future, the goal of GWLDF is to assist other women and work with other organizations as there is a great need for women of color who are low income and without the necessary resources to defend themselves in court and access the programming that can create and support healthy change in out communities.

For more information about Red Lodge Transition Services and what they do, how you can support other Native American Women incarcerated and in transition, please visit http://www.redlodgetransition.org or http://friendsofredlodge.org

Black Working Group/Decolonize PDX/Blazing Arrow Housing Action
On July 4, 2012, Blazing Arrow Organization of Portland called to action an event to celebrate one person's liberation of her property from the elite banking system and also to invigorate the community in this ongoing battle against this elite power structure. Decolonize PDX and Black Working Group joined in on the event to represent in solidarity.
SKANNER ARTICLE ON DECOLONIZE PDX
Click on link below to check out an interview we did with local paper The Skanner in March 2012:
Decolonize PDX Focuses on Prison System
New group organizes events linking modern jails to enslavement
Bruce Poinsette Special To the Skanner News March 22, 2012
In solidarity with the National Occupy Day in Support of Prisoners:

Decolonize PDX stands in solidarity with prisoners for Occupy the Prisons today. We are thankful to Occupy/Decolonize Oakland for proposing it, and even more thankful to the organizers in prison who first called for a day to support prisoners.

We understand the vital importance of addressing prisons. The United States is the number one incarcerator in the world, holding over 2.5 million people. 1 out of 100 people in this country are locked down. Whether or not we know someone incarcerated (as too many of us do), we know the landscape of prisons shapes all of our horizons.

We understand the prison industrial complex as a mechanism of control. Critical Resistance uses the term prison industrial complex to highlight “overlapping interests of government and industry that use surveillance, policing, and imprisonment as solutions to what are, in actuality, economic, social, and political ‘problems.’” We know the history and ideology of prisons grows directly out of the foundation of slavery, which was based on overlapping interests of government and industry to exploit enslaved African labor. Prisons are a method of social and economic control of rebellious populations, specifically Black communities, as was slavery before it. There is a reason, as Michelle Alexander shows, there are more Black people in prison now than were enslaved before the Civil War.

We know it is no accident that 70 percent of people in prison are people of color, with 50 percent being Black. In Oregon, Black people are 4 percent of the population, but 25 percent of the prison population. Six times more likely, same as the national average. Oregon - a state founded on exclusion of all people of color, with the Constitution calling for public whippings of any Black people who lived here - is not an anomaly. This is the day-to-day functioning of empire.

We see the immense growth of the detention system and exponential explosion of deportation of immigrants and the criminalization of Brown survival. We are arrested, we are detained, we are imprisoned, we are deported not for what we have done, but for who we are. For the fact that, despite all efforts to the contrary, we exist.

As a collective of racial people of color, we know very well prisons are used to repress movements of liberation. The passage of NDAA and indefinite detention is nothing new; it is merely the legalization of the repression tactics used against communities of color for decades, for centuries. We honor the hundreds of political prisoners and prisoners of war here in U.S. (and around the world), held for 20, 30, 40 and more years, and those who have passed on inside a prison cell. We honor that these political prisoners are still organizing, still educating, still inspiring - still very much a part of our community.

We know prisons are disproportionately warehousing people who sit at the intersections of multiple identities and oppressions: people of color, immigrants, queer and trans, women, poor, young, disabled. This is not a coincidence or an unfortunate byproduct; this is the system working exactly as it was intended. Those who are most marginalized know that they can not turn to the system for protection from violence: this system is in fact the greatest purveyor of violence in our communities. We all must protect, honor and nurture all of our community, whatever side of bars or borders they are on.

We stand in awe of the communities and families who stay connected even in, as Mumia Abu-Jamal called it, these “bright shining hells.” Who visit every Sunday under the malevolent gaze of guards. Who scrape together money by magic to buy packages of toothpaste, of soap, of tampons, each quarter. Who send pictures of children who grow from baby to teenager as the years stretch beyond breaking. We honor communities and families who are able to make visiting rooms feel like family reunions, even if only until a guard yells “Time’s up!”

We honor the incredible organizers and community builders behind the walls. Folks who are incarcerated are and historically have been at the forefront of movements of resistance. We know some of the most courageous and innovative organizing today happens in prisons. We on the outside have much to learn from our companer@s able to organize over 12,000 California prisoners in dozens of institutions to go on hunger strike, all from solitary confinement cells. And we have a responsibility to stand in solidarity, to reach through barbed wire, to tear down the walls from the outside.

We know communities have and do create mechanisms outside of the criminal justice system to hold people accountable and address harm done, around the world, in this country and right here in Portland. We want to reclaim and learn from that knowledge and those histories. Decolonize PDX wants to be part of growing this work in an intentional way, so we rely on one another for our safety, rather than an oppressive system.

For these reasons, we believe complete abolition of the prison industrial complex is the only means forward for our communities to be healthy, safe and whole. Most Americans today believe slavery was an institution that needed to be abolished, utterly destroyed. But at the time, as Angela Davis has written, the majority of white Americans did not believe that; they thought reform of slavery was possible. We believe the prison system, rooted in the ideologies of slavery, has to be completely abolished. We believe when future generations look back, they will agree, without question, the dismantling of both institutions rooted in racism was not just the right thing to do; it was the only thing to do.

“If I know anything at all, it's that a wall is just a wall and nothing more at all. It can be broken down.” Assata Shakur 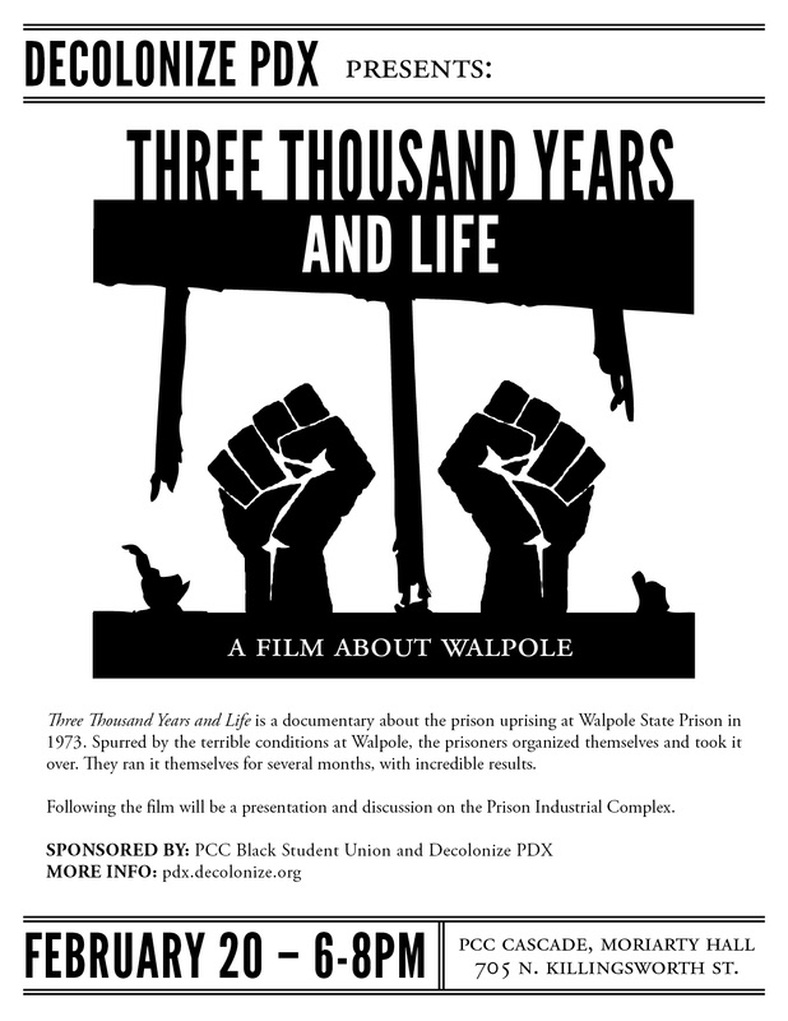 Jan. 1, 2009 Oscar Grant, a young Black father murdered by Oakland police at a BART station, shot in the back while dozens videotaped.

On Dec. 31, 2011, 10 members of Decolonize PDX spent several hours riding the MAX, Portland’s public transportation, to remember Oscar and to support people sharing their views on police violence. We began in the historically Black neighborhood, at the N. Interstate and Lombard stop, and rode down to the heart of the city, Pioneer Courthouse Square and back.

Decolonize PDX asked passengers to hold up an empty picture frame with the question “Should police have the right to murder me?” underneath their faces, and then answer it on video.

The responses were powerful and overwhelming. Dozens participated and engaged with us. Many people thanked us for what we were doing. One man, whose father and grandfather were both lynched, likened that racist lawlessness to Oscar’s murder. A woman spoke powerfully about feeling fear and trepidation any time police arrive on the scene.

One man, who knew Portland police shooting victim Jackie Collins, shared he had been houseless for years, and he saw the police brutalizing and terrorizing the houseless community. A young woman, who went to high school with Portland police shooting victim Aaron Campbell, eloquently tied together all of these cases. She said the police have to be held accountable by the community, and that communities must organize to resist police violence. 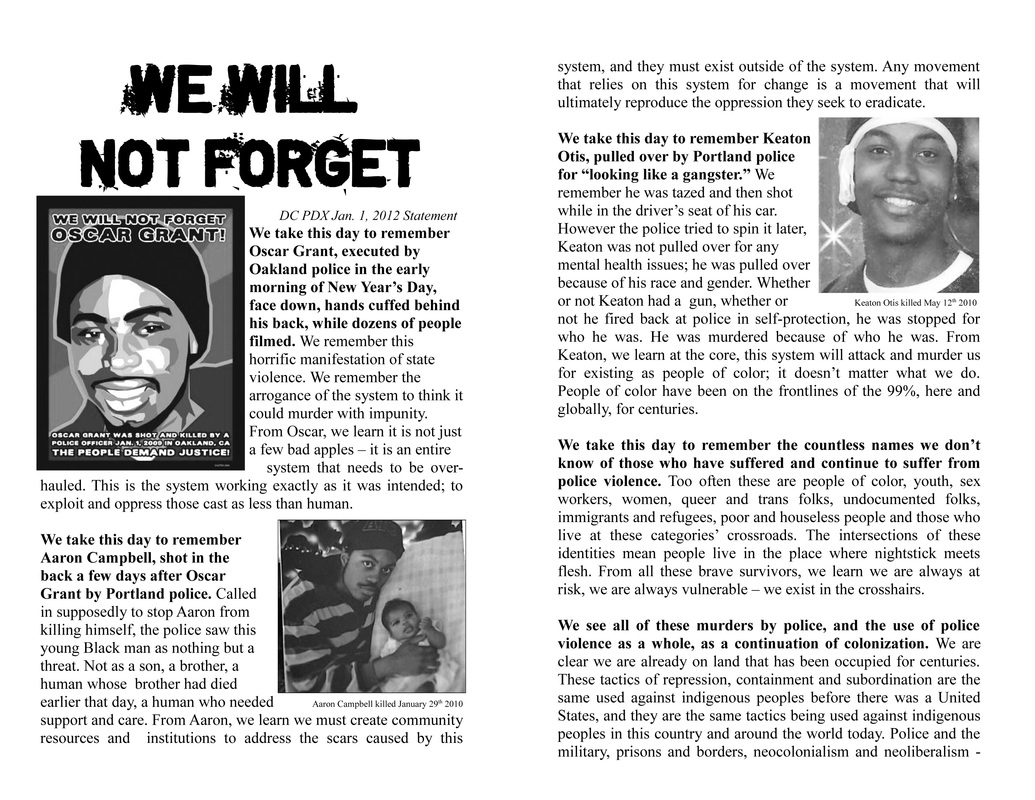 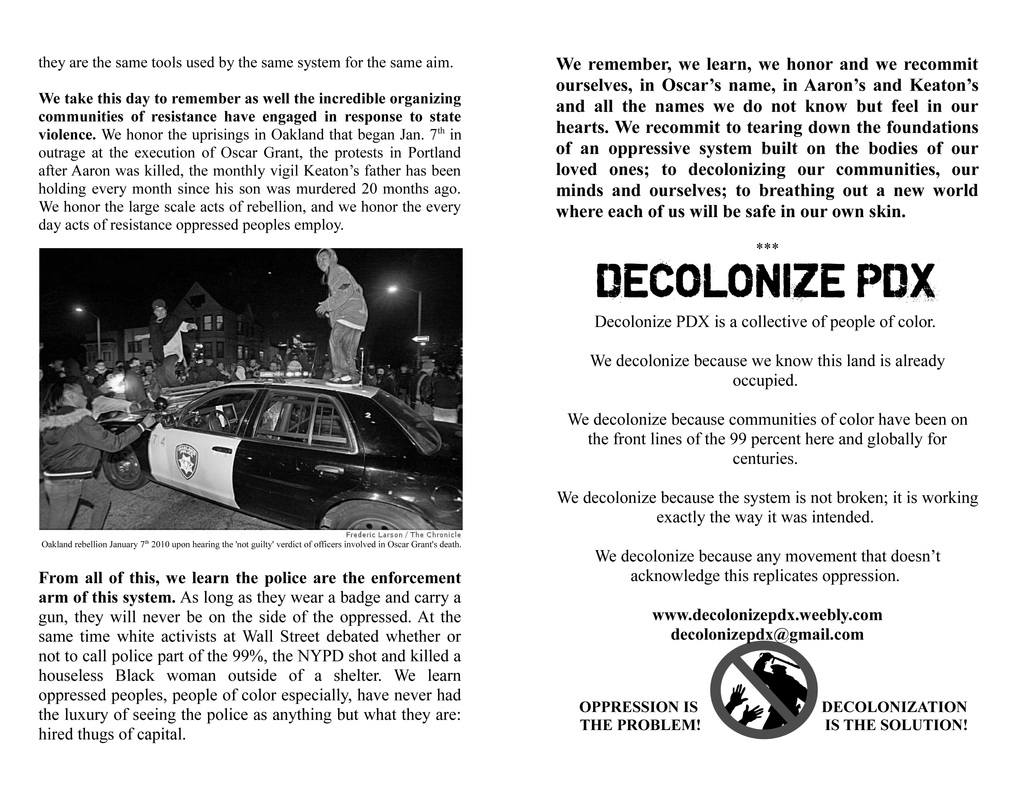 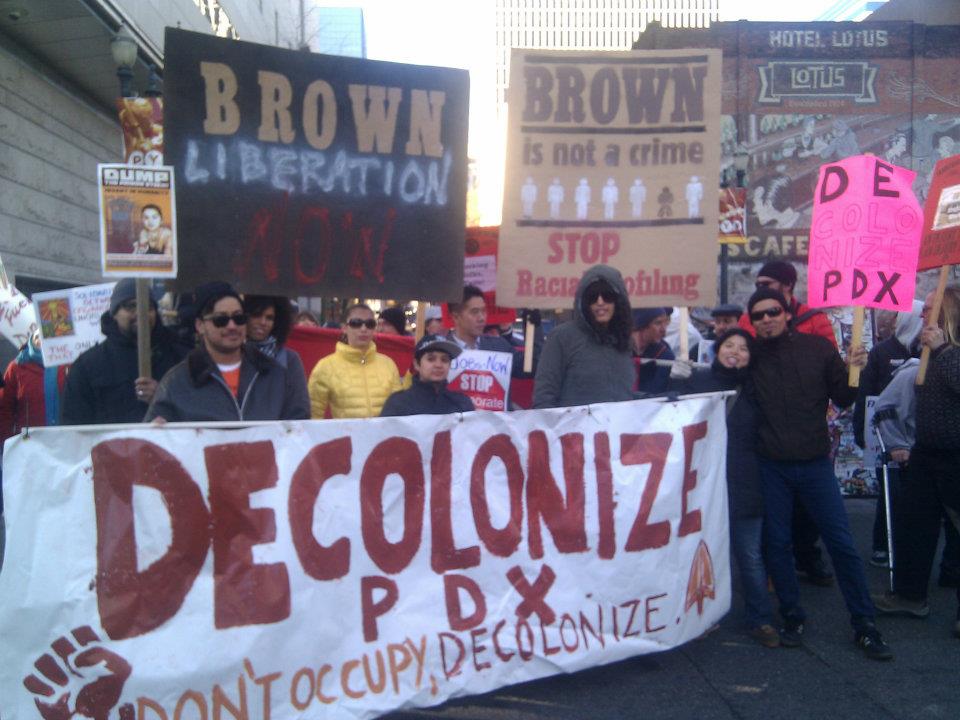 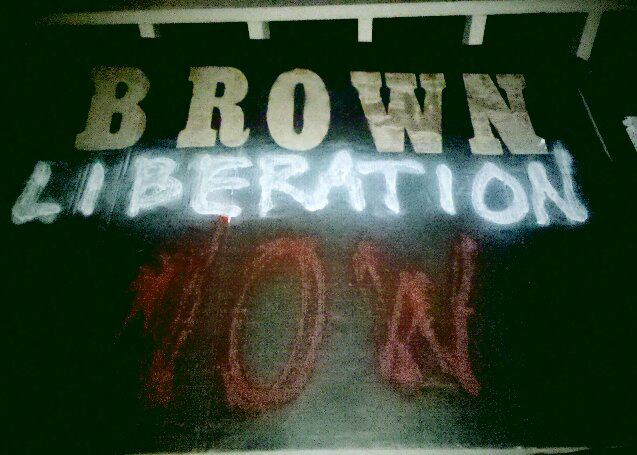 An Occupy endorsed event that aims to remove the legal and ethnic divisions that the 1% use to divide and conquer the 99%. We blame the recession on those who caused it, the most wealthy 1%.

Coinciding with the International Day of the Migrant, immigrants and allies will take to the streets in a permitted, family-friendly rally and march. This will be an opportunity to join with the Occupy movement, and send a strong message against the racist laws, policies and institutions that are systematically targeting immigrant communities, such as Secure Communities, E-verify, wage theft, free trade agreements and increased detentions and deportations.

We reject the scapegoating of immigrants in the same way we refuse to blame Muslims, the poor, public sector workers, women, and other victims of this recession.

The 1% want immigrants to have zero rights so that they are easily exploitable and can be paid slave wages, thus lowering the wages of all working people.

_We demand:
FULL RIGHTS FOR IMMIGRANTS. including the right to join unions
END DEPORTATIONS. Stop separating families and ruining lives!
JOBS FOR ALL
_ If you are a person of color, look for our Decolonize PDX banner and march with us!
Decolonizepdx@gmail.com  www.decolonizepdx.weebly.com 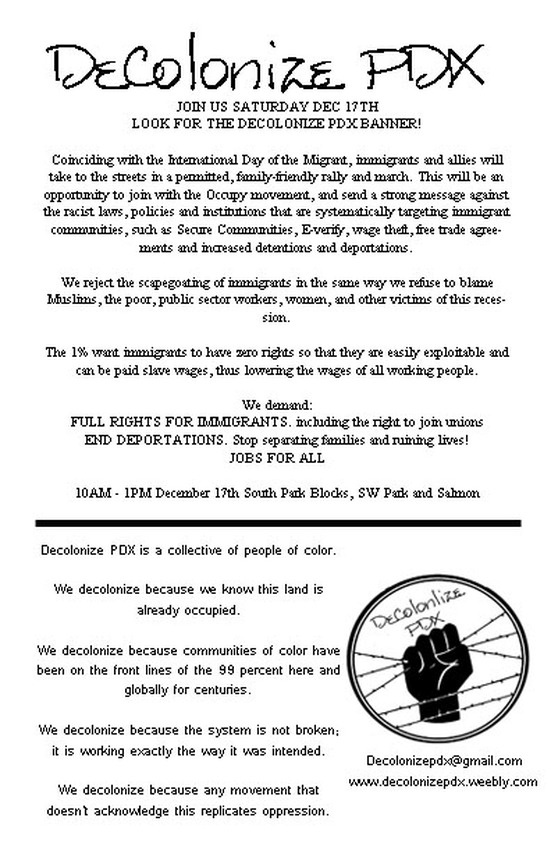 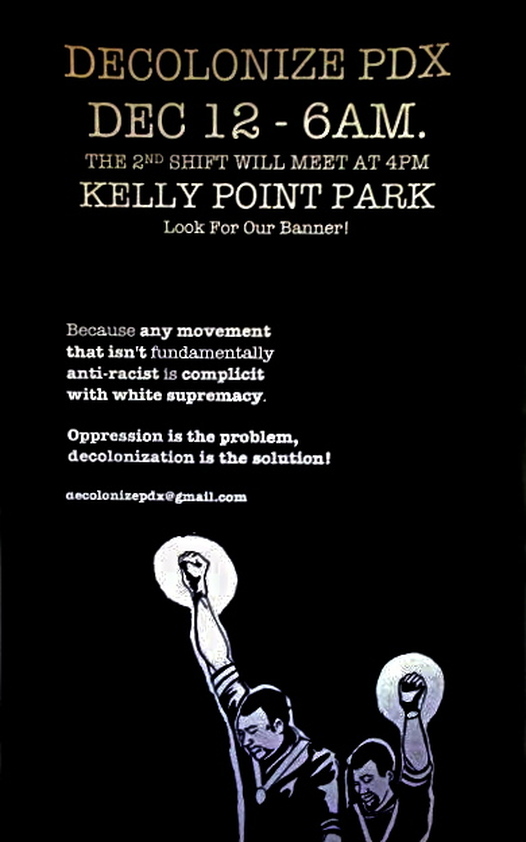 ___Decolonize PDX is a collective of people of color.

We decolonize because we know this land is already occupied.

We decolonize because communities of color have been on the front lines of the 99 percent here and globally for centuries.

We decolonize because the system is not broken; it is working exactly the way it was intended.

We decolonize because any movement that doesn’t acknowledge this replicates oppression. 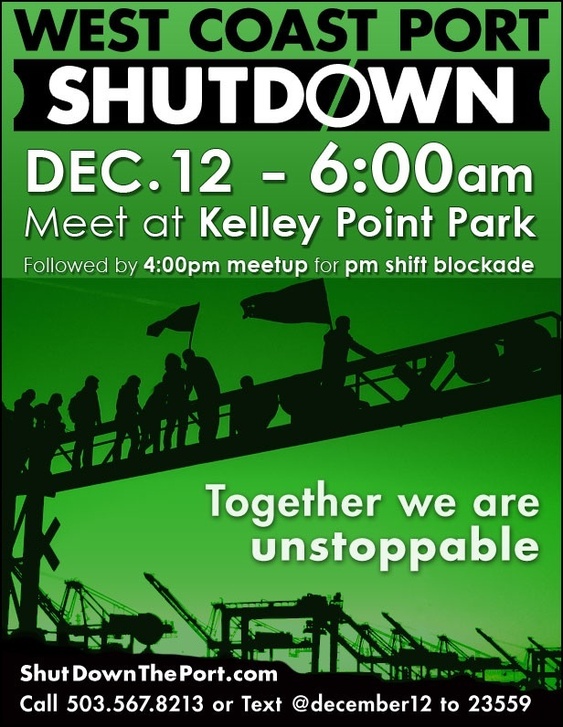 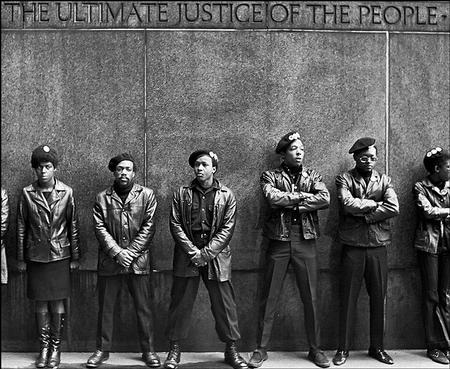